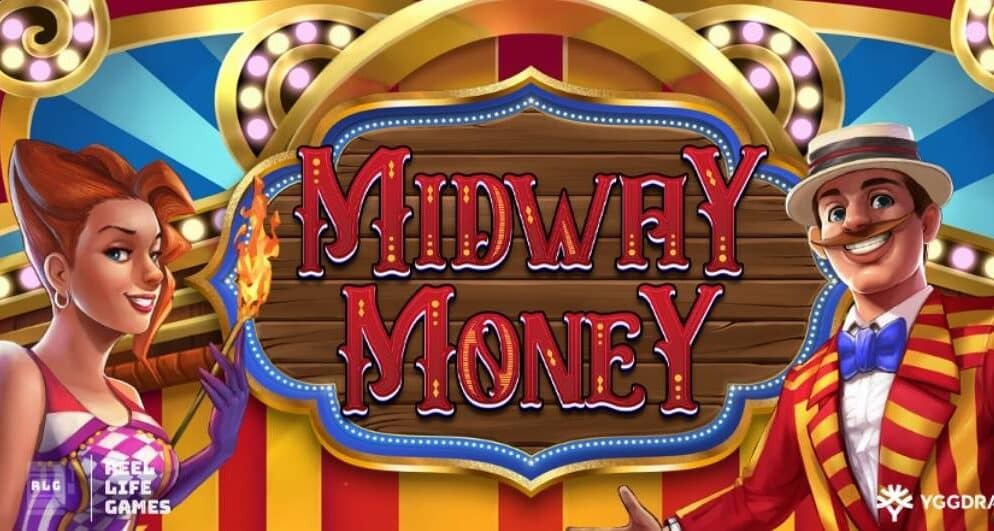 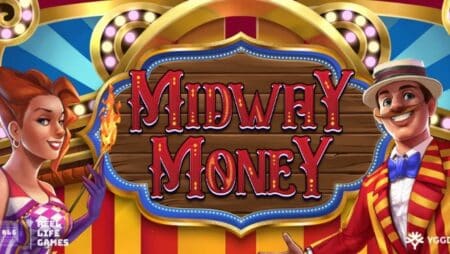 Yggdrasil and Reel Life Games have come together to launch the latest slot, Midway Money. It is a five-reel slot with 40 paylines and some unique characters with the addition of a classic duck shooting range. The iconic traveling shows inspire Midway Money, and it comes with some amazing wins for players.

Three Ferris Wheels trigger the Free Spin feature, with every free spin coming with a guaranteed increase in the minimum win. Every free spin also carries the increased potential for huge modifiers. The retriggering of the free spin feature awards the initial five spins.

Players who trigger a large win during this feature experience it repeats on every subsequent spin.

The feature spin is awarded once players activate the strength meter and hit the bell at the top. However, players must first land the hammer man on reel four in the full view and a hammer on the fifth reel. Once a feature selection is awarded to the player, Ferris Wheel appears to award a prize which could be anything from a large selection.

Alternatively, in any order, it could be a combination of Strongman, Duck Shoot, or Fire Eater events. Every event has a different characteristic. For instance, Duck Shoot has more target symbols land ready to be converted to Wilds for a higher win potential. Similarly, the Strong Man adds more reels to the online casino games and increases the win potential for the player. The Fire Eater upgrades random symbols to their same version.

Midway Money is powered by GATI, the state-of-the-art technology of Yggdrasil that enables its partners to preconfigure the standardized development toolkit to produce cutting-edge content supported by rapid distribution after production.

Stuart McCarthy, the Head of Product & Programs at Yggdrasil, called the game a great addition to its portfolio, adding that Midway Money brings an exciting theme with several amazing features for the players.

Andy Kniaz, the Chief Executive Officer of Reel Life Games, expressed happiness in launching the title as a part of the YG Masters Program. Andy Kniaz said Midway Money brings an exciting theme to life with a lot of excitement and huge win potential.

Yggdrasil is a leading provider of online gaming solutions looking to disrupt by reinventing the iGaming platform as per the latest gaming news. Yggdrasil assists its partners in expanding their reach through rapid distribution and content delivery.

There is no measurement to know the passion that its team carries in the gaming industry. It functions by delivering an iconic gaming experience, offering premium partnership programs, and/or franchising its entire kingdom.

Yggdrasil and the team are known for being innovative. This is evident from the fact that they were the first ones in the industry with promotional boost tools and relevant network marketing campaigns. What adds more to the brand’s recognition is its powerful Game Engagement Mechanics.