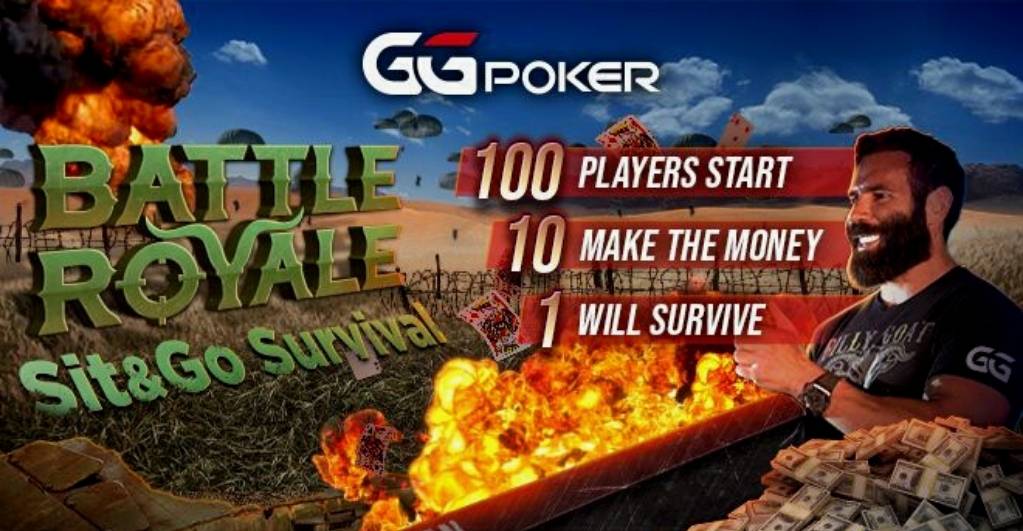 The game, dubbed Battle Roacclimatizea yale: Sit & Go Survival, will be offered in four separate low-stakes buy-in levels at first. Each game will have 100 individuals who will compete in three levels of elimination, bringing poker and Fortnite together.

Knockout rewards, Fast-fold, all-in mechanisms, different table sizes, and time-gated play are just a few of the successful elements borrowed from other poker games to create a totally different format. This format is high in adrenaline and skill but cheap in rake.

The Battle Royale game from GGPoker is nicely packaged, with attractive branding and new graphics.

It is based on the hit battle royale video game idea in first-person shooters, with GGPoker’s Dan Bilzerian serving as the game’s face. While he is a divisive character, his unique brand fits the format well.

The game is poised to be a great success for GGPoker and a possibly transformational new game variety that will give prizes to players who are able to create unique strategies and acclimatize to the structure, thanks to its original idea and a high degree of refinement.

The whole game is played in a progressive knockout style, in which half of each player’s buy-in is placed on their head as a prize for the player who beats them all.

Apart from a standalone birthday competition and deposit bonus promotions, this is the first time GGPoker has employed Dan Bilzerian as part of the branding. The ambassador is prominently shown on the game type’s main banner, just over the tagline “Who will be the last one standing?”

The term Battle Royale refers to the wildly popular video game style of the same name, which has been popularised by titles such as Player Unknown Battlegrounds and Fortnite. Players descend onto an island in these first-person shooters and fight until only one player survives, resulting in thrilling finishes. The format is particularly popular among live-streamers. With its poker-version of Battle Royale, GGPoker will be looking to capitalize on some of the frenzies. Survival is crucial for success in SNG and tournament poker, and it should also be an entertaining game to watch on Twitch.