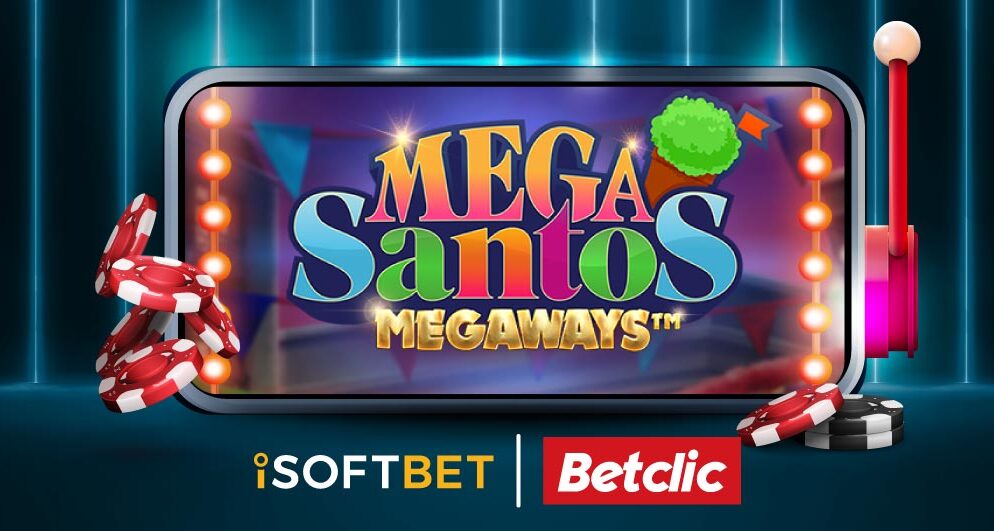 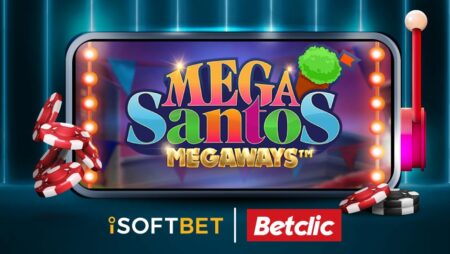 iSoftBet has launched an exciting custom game, especially for the market of Portugues. MegaSantos Megaways comes to the operator Betclic with a total of 117,649 winning ways along with exciting modifiers.

The Hold & Win Bonus comes to the front with the game, where Cash Respins can be triggered by landing five or more MegaSantos scatters. Once triggered, the number of Megaways remains fixed as the game grants three respins to the players. Players can then venture out to collect more symbols and multiplier values.

A bigger win can be landed through one of the three jackpots, namely Mini, Major, and Mega. These apply a multiplier to all the symbols present in the reel, even if the entire reel is filled with Scatters.

The game follows the well-set reputation built by Lottoland Megaways, another game that resonates with the brand’s personality. Many such titles have been crafted to welcome warm receipt by operators and players alike. The brand’s popularity is almost tough to compete with, considering the kind of games it develops.

The Head of Games at iSoftBet, Mark Claxton, stated it is always a unique challenge to develop new games for the operators as they have to deliver titles that the players instantly recognize. He talked about MegaSantos Megaways, saying that it combines a high volatility grid with the Hold & Win bonus round to make the experience truly remarkable.

Geoffroy Villiot, the Head of Casino at Betclic, said that iSoftBet has an impressive track record of producing innovative and exciting games. Geoffroy said that the casino was pleased to launch the title with the aggregator. iSoftBet is a leading supplier of online games and an aggregator of online content. Its vision is to create an amazing gaming experience with every launch in the market.

The mission with which iSoftBet works is to build quality gaming products that inspire, entertain, and innovate by placing players and partners at heart along with its people. The team is led by Nir Elbaz, the Chief Executive Officer. He is supported by Peter Nikashin, the Chief Marketing Officer; Michael Probert, the Director of Commercial Strategy; and Maor Barski Petrican, the Chief Operations Officer, to name a few. iSoftBet operates worldwide, with its offices located in Romania, Malta, the Philippines, the United Kingdom, and Cyprus.

The journey for iSoftBet began in 2011 when the aggregator entered the Italian market, followed by obtaining an AGCC B2B license in 2013. A recent accomplishment includes receiving the Vixico Global Regulatory Award in 2020, a year after entering the Sweden & Swiss markets. The two more games that have recently gone live are Golden Jokers Double Up and Musketeer Megaways. Aztec Gold Mines is scheduled to launch in the next six days.