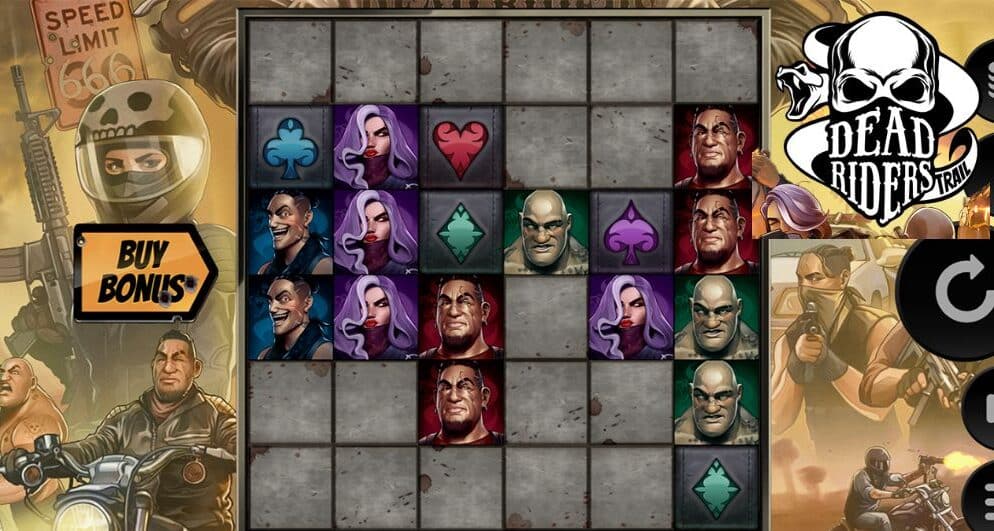 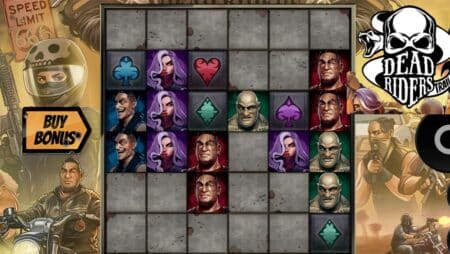 BitStarz has taken Relax Gaming’s Dead Riders Trail live on the platform to offer its players 46,656 ways to win. The maximum multiplier of 50,000x makes the game one of the most volatile slots in the world to reward its players for their efforts generously.

Dead Riders Trail is set in the background of the life of a motorcycle crew. It follows Dead Mans Trail, which was released in September 2021.

While it has taken a lot of features from the previous version, a few additions make the game much better. Most of it deals with bonus features that a player can easily trigger. Free Spins, Bonus Trail Round, and Super Bonus Trail Round increase the winning chances with symbols that take positions to complete the combinations.

The free Spins feature is an exception; however, it comes with a bomb feature triggered when a bomb symbol falls adjacent to the winning combination. The blast transforms the symbols into the ones that generate a winning.

The maximum multiplier of x50,000 is triggered in the Bonus Trail Round. The round goes on till the time fuel does not go dry. Players have a chance of picking up extra fuel cans, with the chance coming to an inevitable end at a certain point.

BitStarz, a Bitcoin Casino with various games, sticks to the formula of taking calculated risks with innovative concepts. Dead Riders Trail by Relax Gaming is unbelievably the best shot taken by the platform.

Bitcoin casinos are famously known for being based on Bitcoin. With time passing and more cryptocurrencies gaining popularity, platforms like BitStarz have come to terms with integrating as many cryptocurrencies as possible. Games that follow the trend of Dead Riders Trail will have a larger number of players as the adoption of digital currency is rapidly increasing.

BitStarz casino has brought Dead Riders Trail by Relax Gaming onto its platform with some amazing graphics that take the player into the virtual world with a surprising dynamic background doing its magic to make the content more engaging. The gameplay is exciting enough to respectfully fall into the category of the likes of Hazakura Ways, Golden Gods, and Space Miners.

Dead Riders Trail is already taking the community on a crazy ride. A lot can be expected to happen when other games enter the market.